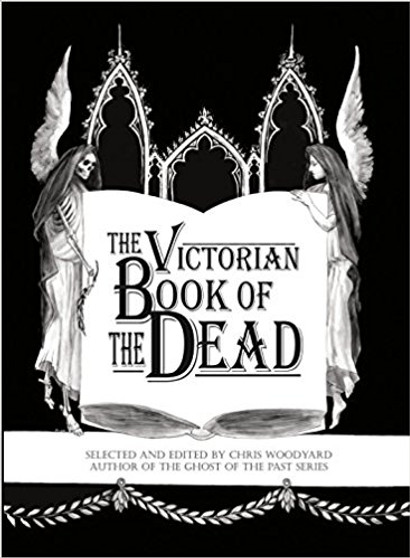 Chris Woodyard, author of the The Ghosts of the Past series, digs through long-buried newspapers and journals, for this fascinating look at the 19th-century obsession with the culture of death. The Victorian Book of the Dead unearths extraordinary tales of Victorian funeral fads and fancies, ghost stories, bizarre deaths, mourning novelties, gallows humor, premature burial, post-mortem photographs, death omens, and funeral disasters. Resurrected from original sources, these accounts reveal the oddities and eccentricities of Victorian mourning. Packed with macabre anecdotes, this diverting, yet gruesome collection presents tales ranging from the paranormal and shocking to the heartbreaking. Some of the stories in The Victorian Book of the Dead *mourning bicycles, black boudoirs, and sable cigarettes for the up-to-date widow *a child ghost who beckoned for her father to follow her into death *black dogs and shrieking banshee who foretold death and disaster *the widow who fired the undertaker who would not give her trading stamps. *a corpse that spontaneously combusted in the coffin *the fiendish parrot who murdered his mistress *The petrified corpse furniture created by Professor Segato *visions of the Grim Reaper and the Angel of Death *the man who lived in the tomb of his wife *A mourning wreath made from the hair of a murdered family *interviews with undertakers, post-mortem photographers and morgue attendants And many more tales from the crypts.

Day of the Dead Metal Pail

In comments section of your order choose: Green, Pink, Blue or Orange

Day of the Dead Glass Tumbler

What better decor for haunted houses, shops or the home? This creepy-yet-funny sign is reversible an…

Day of the Dead Skeleton Card

Reflect on what it means to "compose" with this unique writing journal by local artist Joanne Dhody.…

Stories in Stone: A Field Guide to Cemetery Symbolism and Iconography

From Gibbs Smith Publishing... 20 experiments for the adventurefilled life of a zombie catcher. Wo…

Art of the Skull

Description from Gibbs Smitth Publishing...   250 fun and fabulous depictions of a pop-cultur…

Part of Arcadia Publishing's Images of America series, Laurel Hill Cemetery has its own book! Writte…

The History of the Kensington Soup Society

By Kenneth W. Milano In the frigid winter months of 1876-77, more than twenty-seven thousand people…

Cozy up with a hooded sweatshirt from your favorite cemetery! It's perfect for evening events where …