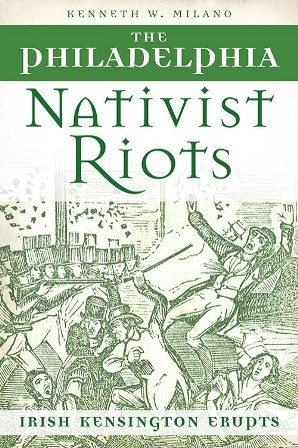 The outskirts of Philadelphia seethed with tension in the spring of 1844. By May 6, the situation between the newly arrived Irish Catholics and members of the anti-immigrant Nativist Party took an explosively violent turn. When the Irish asked to have their children excused from reading the Protestant version of the Bible in local public schools, the nativists held a protest. The Irish pushed back. For three days, riots scorched the streets of Kensington. Though the immigrants first had the upper hand, the nativists soon put the community to the torch. Those who fled were shot. Two Catholic churches burned to the ground, along with several blocks of houses, stores, a nunnery and a Catholic school. Local historian Kenneth W. Milano traces this tumultuous history from the preceding hostilities through the bloody skirmishes and finally to the aftermath of arrests and trials. Discover a remarkably intimate and compelling view of the riots with stories of individuals on both sides of the conflict that rocked Kensington.