Race to the Polar Sea 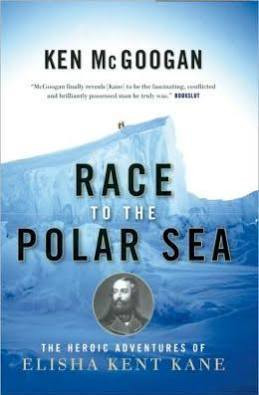 Race to the Polar Sea

In the mid-1800s, geographers revived the ancient idea that at the top of the world, encircling the North Pole, lay a temperate "Open Polar Sea." The voyager who discovered this balmy basin would etch his name forever in the annals of exploration.

Among those drawn to the challenge was Dr. Elisha Kent Kane, a charismatic adventurer from a leading Philadelphia family. In 1853, Kane embarked on a search for the Open Polar Sea and missing British explorer John Franklin. After sailing farther north than anyone yet, Kane and his men were trapped in the ice. In the harsh environment, Kane battled starvation, disease, and a near mutiny before abandoning ship to lead a desperate escape in sleds and small boats.

Race to the Polar Sea tells this story in heart-pounding detail. Drawing on documents never before seen, author Ken McGoogan brings to life a heroic figure famous in his day as America's greatest explorer, and celebrates a shining example of American courage and survival.