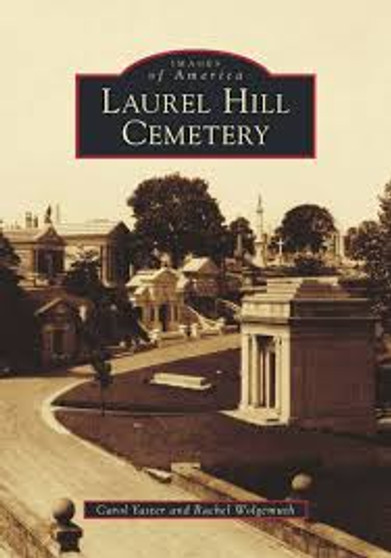 Established in 1836, Philadelphia's Laurel Hill Cemetery was one of the earliest rural cemeteries in America. The picturesque views and outstanding horticulture, along with sculptures and monuments designed by notable artists and architects--like Alexander Milne Calder, Alexander Stirling Calder, Harriet Frishmuth, John Notman, and Thomas Ustick Walter--attracted thousands of visitors. Laurel Hill became the desired place of burial for Philadelphia's elite and the final resting place for those with last names like Widener, Wharton, Meade, and Elkins. The cemetery's design was much admired and widely imitated, both locally and nationally. While the 20th century ushered in a steep decline for Laurel Hill, the establishment of a friends group in 1978 and the cemetery's designation as a National Historic Landmark in 1998 signaled a transformation for the cemetery. Laurel Hill entered a new century as a revitalized and relevant institution. Once again, the cemetery is regarded as an important part of the community, a worthy destination for visitors, and a place to share in the stories of the men and women whose lives shaped both Philadelphia and the nation.

Plan or commemorate your visit to our National Historic Landmark Cemetery! Featuring a section map o…

Laurel Hill Cemetery is neither the oldest nor the largest burial ground in the Philadelphia area, b…

Stories in Stone: A Field Guide to Cemetery Symbolism and Iconography

Description from Amazon.com   Chris Woodyard, author of the The Ghosts of the Past series, di…

By Thomas H. Keels Philadelphia, the birthplace of America, is the final resting place of some of t…

16 oz. bistro mug with back and front imprint of LHC's logo.

Cozy up with a hooded sweatshirt from your favorite cemetery! It's perfect for evening events where …